Every artist has a tale to tell and so do I.

My name is Anjali Tambde and being born to an artist mother, I was naturally inclined to several forms of art and craft. She was my inspiration since childhood so much so that I made my first painting at the age of 3 when other children of my age managed to only scribble.

My love for art and craft grew with my age.

I entered all the drawing competitions in school and at state level and later at national level and won various awards and titles. In the process I learned to respect every win and strive to become better.

I also topped with A Grade in my Elementary and Intermediate Exams that have 6 different exams each time that is related to art and geometry and is considered essential for entering art related field like commercial arts, architecture etc
Along with art and craft I was strong in maths and science and scored very high marks in my board exams, after thinking a lot as to what I would love as my career I opted to go for Fashion Designing.
I topped in Fashion Designing at Nirmala Niketan College in Mumbai and along with that I won Best designed Saree award, Best casual wear and Best designed flower fairy which was awarded by Leo - Mattel toys company and few other renowned designers from Bollywood. I worked as a designer in the designing industry for few years, later took up a teaching job at the same college. Little did I know that the real struggles are waiting to begin…

Moving AWAY FROM HOME...

After marriage, I had to leave my Job and left to London with my husband and my 3 months old baby.

Managing a baby and the house in a new country with no friends and family and absolutely no domestic help was the toughest task I had faced. It was the most difficult year as the new country brings its own set of challenges when you are on your own.

However I managed to enhance my skills in the free time and kept myself occupied with miniature craft, sugarcraft, paintings and few other ideas, most importantly being a kid with my kid and witnessing every moment of his happiness.  This made me realise that I want to work from home and spend more time with my kids.

I started making miniature human figurines for my friends and family.

For a few years I kept working on different techniques for creating miniature figurines using the knowledge I had in painting, sculpting and even Fashion Designing.

In 2009 I moved to Ireland and kept working on making miniatures, flowers, sugarcraft and novelty cakes. I made miniatures of humans, animals, monuments and different other objects, enjoyed baking and experimenting with various unique ingredients.

Having spent months with adjusting to my new lifestyle I decided to open my own business in Ireland to sell handmade figurines for weddings and other occasions that would last as a keepsake, Global Cake Toppers is one of the first Irish companies that sold handmade cake toppers.

It turned out to be a good decision as in less than one year I started getting orders not only from Ireland but UK, France, Germany, Australia, U.S,  Dubai, India and several other countries.

Global Cake Toppers is now known for its premium quality cake toppers and has delivered thousands of handmade personalised cake toppers all over the world. 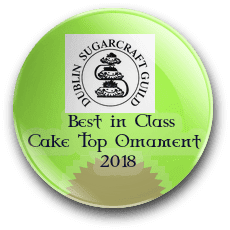 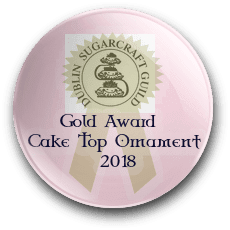 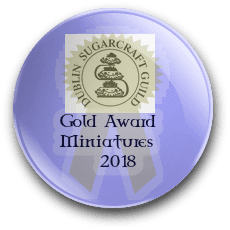 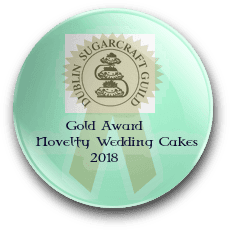 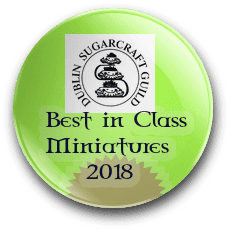 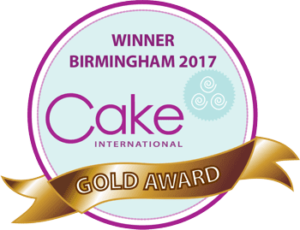 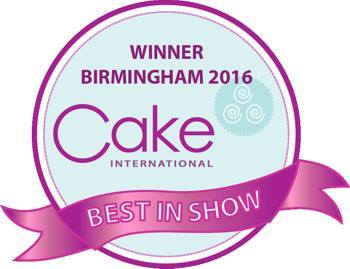 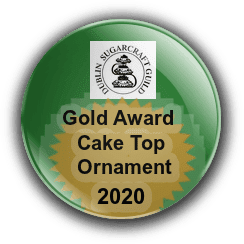 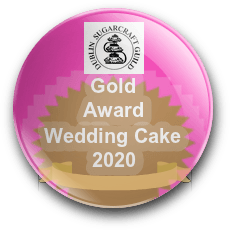 Becoming entrepreneur and to make uniquely beautiful creations to bring smile and joy to thousands of people was a dream come true but there was still something missing.
.
The commercial aspect of my work was secondary to me as I wanted to explore and challenge my skills more and being on my second maternity break I decided to use it to do something for myself.
.
I came to know about Irish Sugarcraft show which is a national competition for cake decorating art where artist from all over Ireland and few neighbouring countries compete.
.
In 2016 I participated in five different categories in the show and won a prize in all of them. In doing so one of my entries was unanimously adjudged as the Best in Show among 400 entries.
.
This was my first international win and that too in my first participation of the competition.
.
After six months I participated in the World's biggest cake competition show "Cake International" in Birmingham.
.
My entry "Fantasy Flowers" won the competition beating more than 1400 entries among 30 categories from all over the world.
.
It was an ecstatic feeling as at world stage this was my first competition and I had won the World's biggest competition.
.
I became the first Indian origin & from Ireland to win the competition and my name was included in the hall of fame on Cake International website.
.
I also participated in London Alexandra Palace Cake International and won 1st place Gold Medal for my butterfly fairy theme that was made using one of my signature style of rolling patterns, slicing and then creating some unique pieces with them.
.
Followed by this I won my next Gold Medal 1st place at Cake International, Birmingham once again in 2017 for my imaginative piece called Underwater Fanta - sea.
.
Since then I have entered competitions as and when I get some time and themes that push me to try something new.
.
My Shakespeare themed cake won Best in Class award in advanced master class category in Cork Sugarcraft Show in 2017.
.
I started exploring and participating in competitions in various other countries and this time I was  Winner of Gold award in Cake and Bake Show, Germany in 2018 for my wafer paper flowers.
.
Followed by this I won three 1st place Gold Medals and best in class once again in the Irish Sugarcraft Show in 2018 for my miniature monkey with her baby, Mother Nature cake topper and novelty wedding cake.
.
After a short break with competitions in 2019 I participated in the Irish Sugarcraft Show once again in February 2020 just before the pandemic could hit Ireland and won not only three 1st place Gold Medals but was also called as the Winner of the Show with “Best in Show” Title for my hand painted miniature cake and this got me HAT TRICK with my “best in Show” wins around the world along with numerous other awards that are really special to me, I believe in competing for myself with myself as that helps me think out of the box.
.
In 2017 I achieved another milestone and became a Brand ambassador for one of the best sugarpaste making company in the world, Saracino. Based in Italy the company makes sugarpaste and other cake decorating/baking  products that are used worldwide.

Brand ambassador for one of the best sugarpaste making company in the world, Saracino. Based in Italy the company make sugarpaste products that are used worldwide. 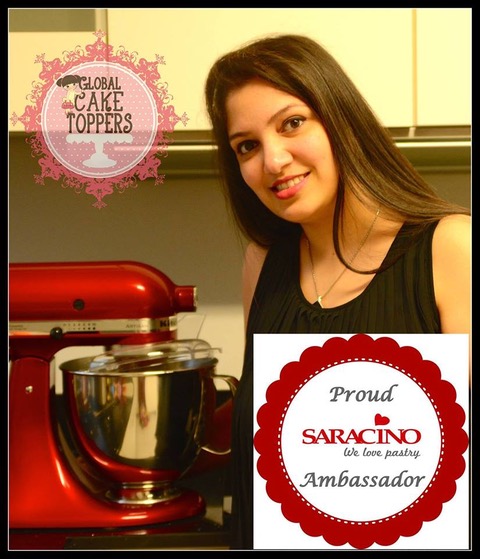 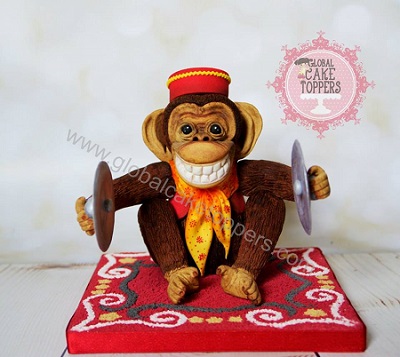 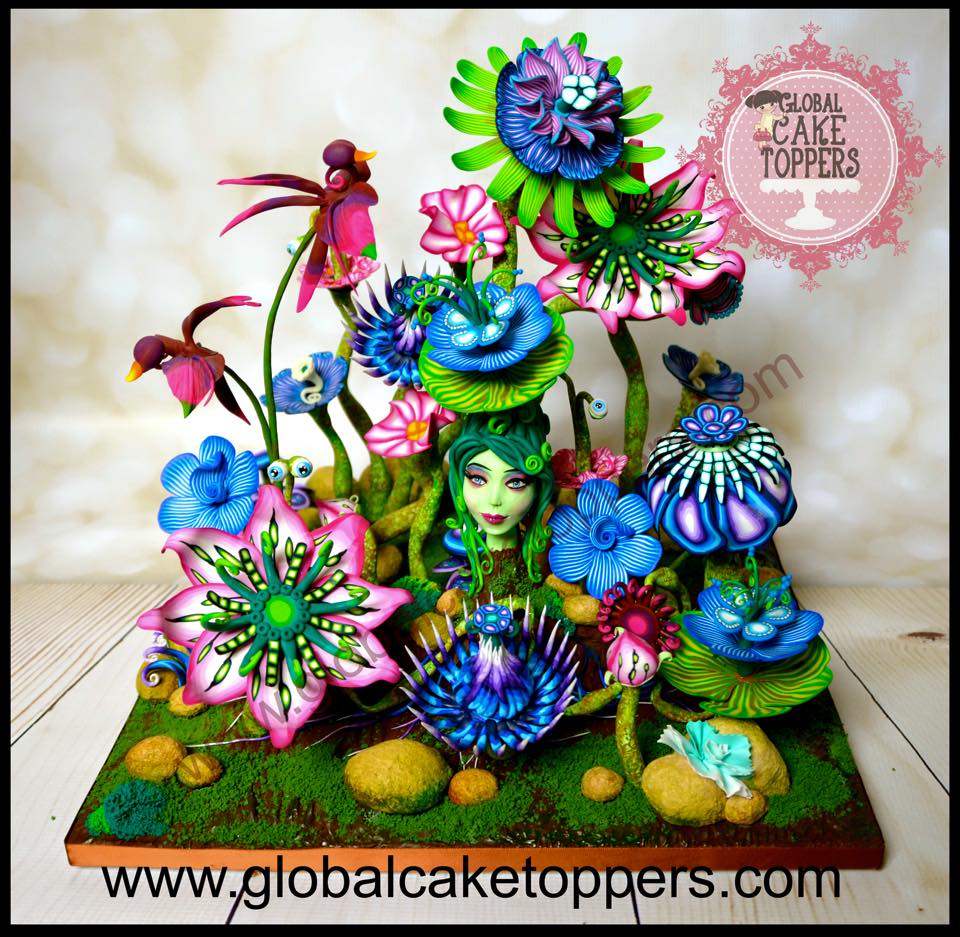 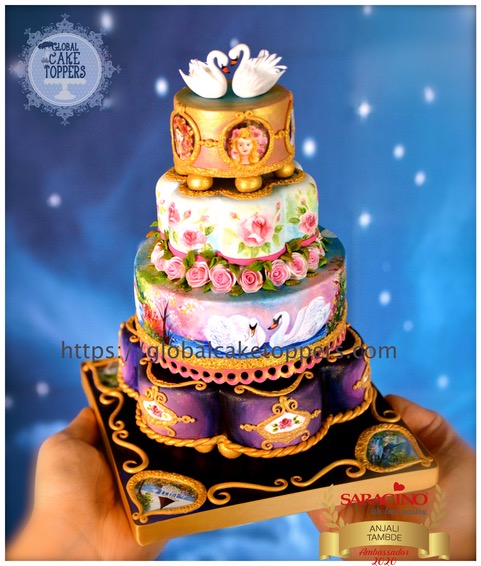 Winner of the Cake International Show, Birmingham in 2016. 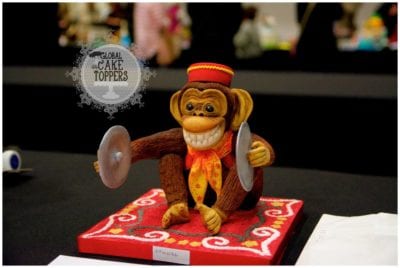 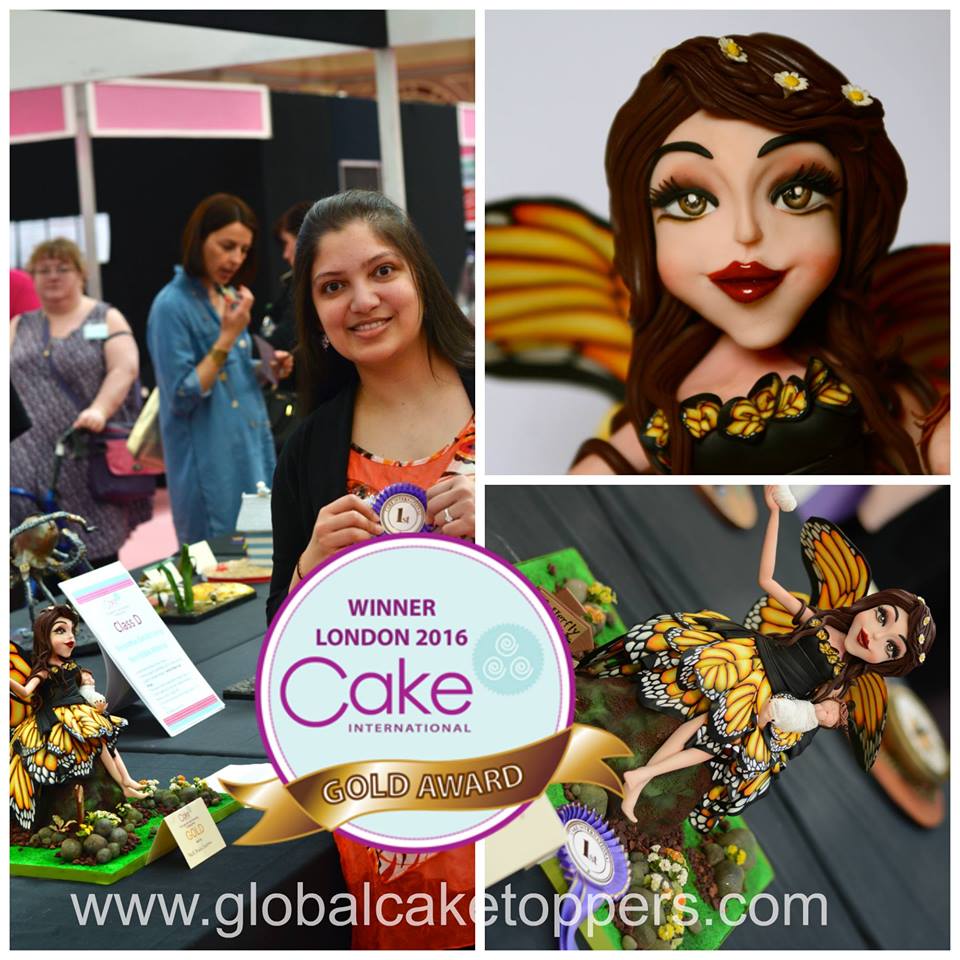 Winner of 1st Gold and Best in Class at Cake International, London in 2016.

Winner of 1st Gold and Best in Class award at Cake International, Birmingham in 2017. 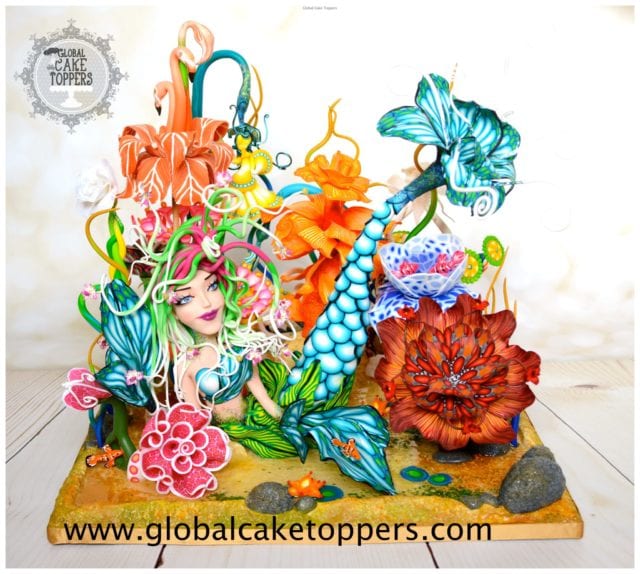 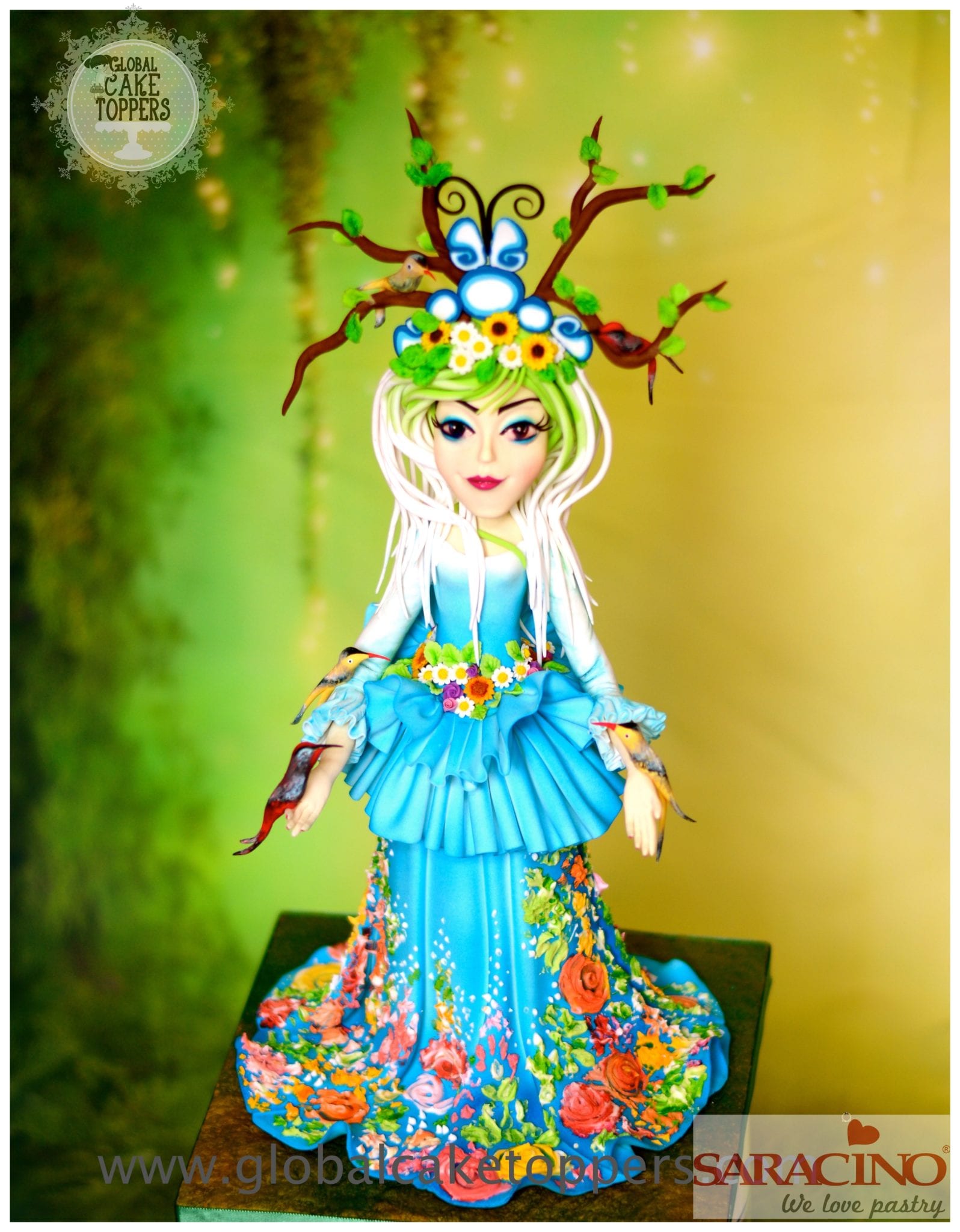 Winner of 1st Gold award and Best in Class awards at Irish Sugarcraft Show, Dublin in 2018

Winner of 1st Gold and Best in Class awards at Irish Sugarcraft Show in 2018. 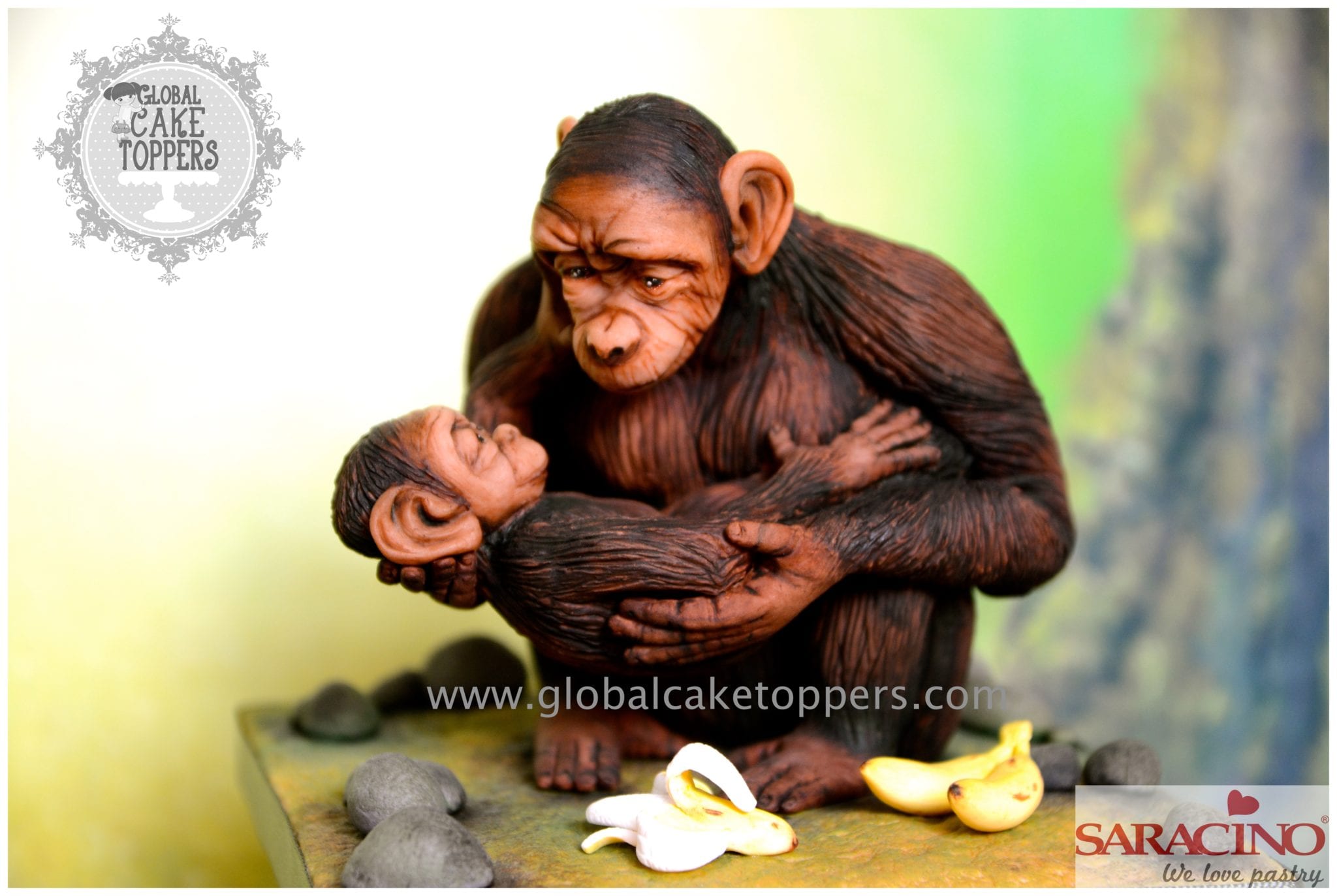 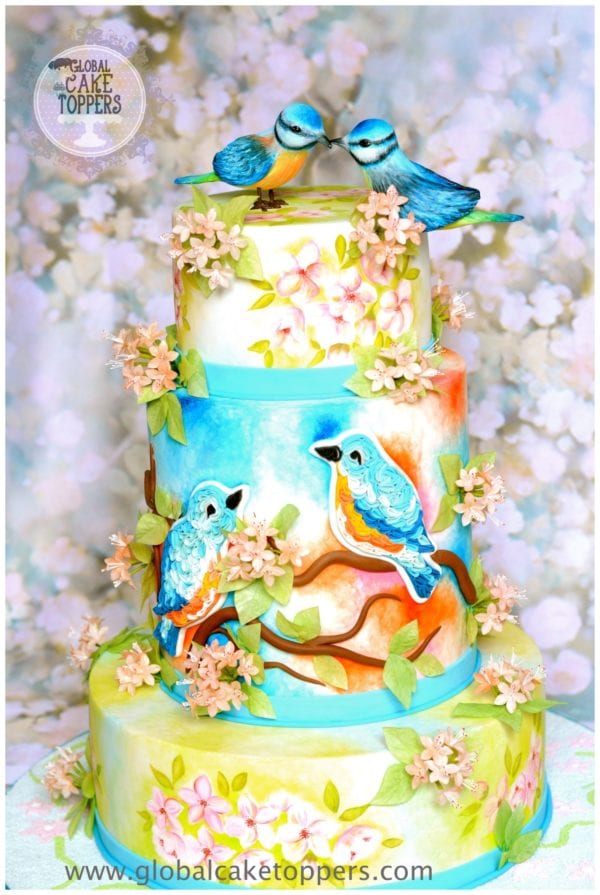 Winner of Gold award in Irish Sugarcraft Show, Dublin in 2018.

Winner of Best in Class award in advanced master class category in Cork Sugarcraft Show in 2017. 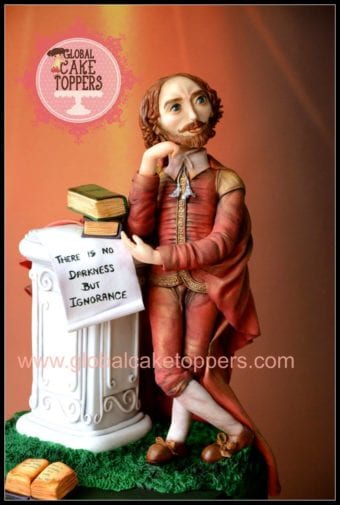 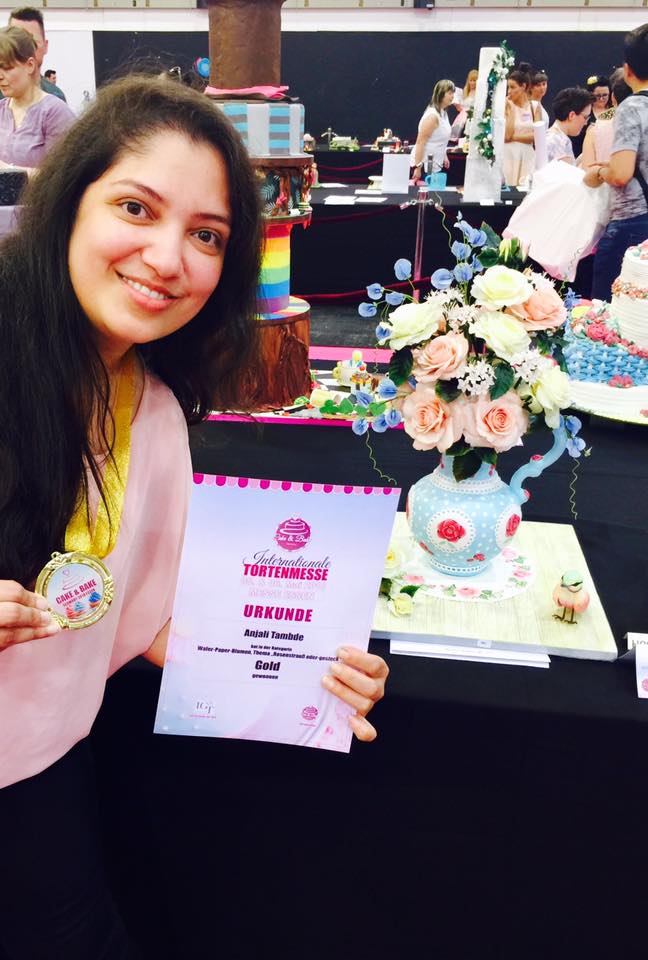 Winner of Gold award in Cake and Bake Show, Germany in 2018. 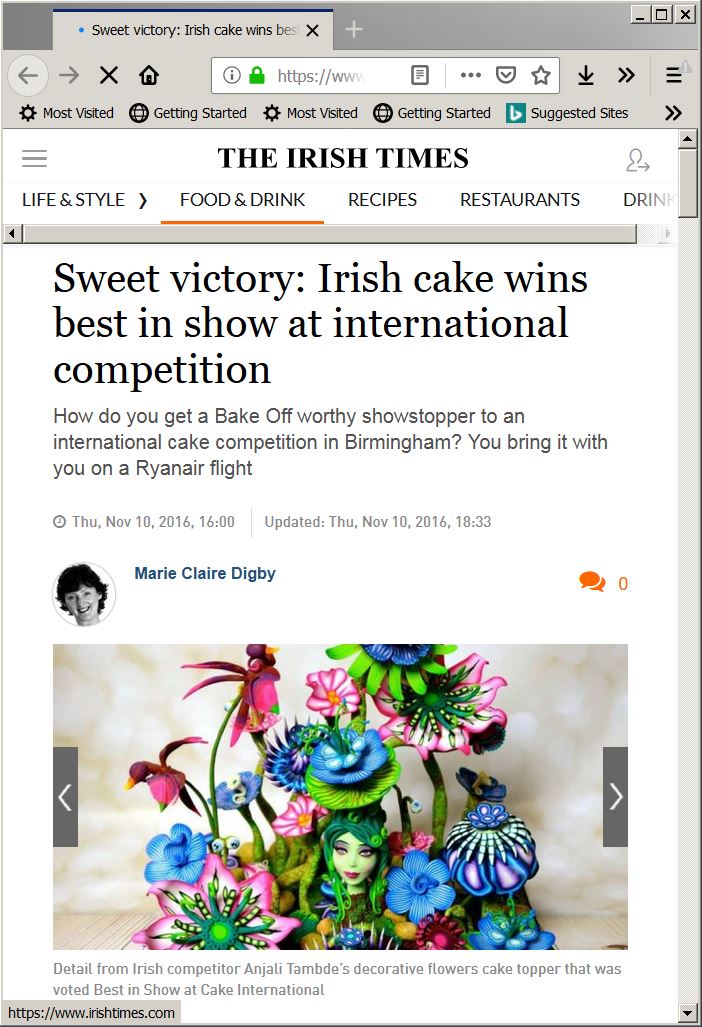 A recent interview with immigrants.ie website featuring my success journey.

The awards are important to me however what drives me the most is the opportunity to participate in a competition and get inspired to do better than before. Proud to own these winning badges as they are the reflection of my own self in the journey to excellence. Overall I have won 13 awards in different competitions in Ireland, United Kingdom and Germany.

My other award winning creations at Irish Sugarcraft Show, Dublin in 2016.

Meeting new people and sharing my knowledge is my passion. I love to travel across the globe sharing my knowledge and skills and helping the new rising bakers and guiding them in various forms. Have set up a small studio where I conduct my classes and I also create frequent online free and paid tutorials.Writing in various cake decorating magazines has been a frequent affair to encourage fellow bakers and cake decorators. I have writing blogs and have been demonstrating at various shows, talking and discussing how they can cope with various problems while starting their careers in the baking industry, pricing their products and increasing sales were the key points that I always discussed with them during my visit. Feel really satisfied when I use my knowledge to build confidence in people who are beginning their life in this field. This is now my renewed passion to keep sharing knowledge across the globe and travel as far as possible until my health allows me to do.
Apart from that I teach on several other online teaching platforms and organisations like Cakeflix, Bakedemy and some on my own website, this has helped me connect with people from extreme poles. 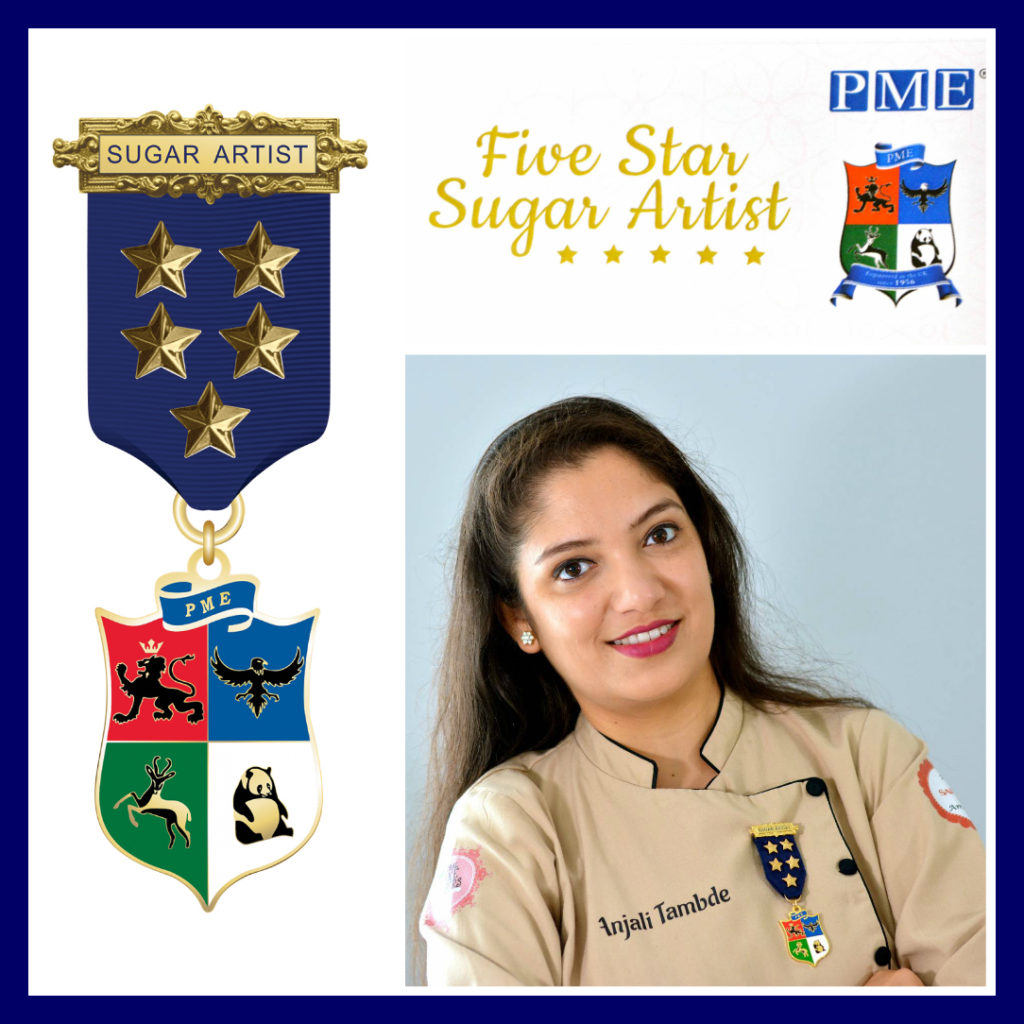 PME which is one of the biggest manufacturer of cake decorating tools decided to commission a very special PME Medal, complete with Coat of Arms, A Sugar Artist Pin and Blue Ribbon to attach the Five Gold Stars. All presented in a beautiful Blue and Gold Box lined with Satin/Velvet and manufactured by no less than ‘Toye, Kenning & Spencer Ltd’ a company that carries ‘By Appointment to Her Majesty the Queen’. It is awarded to only 20 artists in the world and amongst them I am the one.
They now have a course for fantasy flowers at PME which is a big honor for me.

Participating in these various competitions encouraged me to trade unknown waters and meet different but like minded creative people across the globe. Winning these prestigious awards created an international identity for me and for my craft. The craft that I learnt from my mother at childhood and from the teachers back in India now made me an international artist. The hard work without fear of losing is still  the best old method for success and as an Indian it is a value that is deeply instilled in us from the early life.
Life has come full circle as I am now an official Judge at Cake International - UK, Cakeology - India, Homebakers Show and guide the upcoming artists to achieve the perfection they are striving for. I will miss participating in these competitions as now I am a judge and not a competitor. But I am connected to this beautiful world of creativity where all are equal regardless of gender, religion, nationality etc. and only the creativity and perfection wins.
We use cookies to give you the best experience on our website. OkMore on Privacy